You are here: Home > News & Updates > Diversity > ABA Profile of the Legal Profession: Diversity and Well-Being 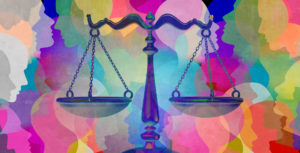 While the number of lawyers nationally has grown faster than the U.S. population, this growth hasn’t been spread evenly across races and ethnicities, according to the American Bar Association’s 2020 Profile of the Legal Profession.

As of Jan. 1, 2020, there were 1,328,692 active lawyers in the U.S., up roughly 10% in the past decade. However, primary drivers of growth continue to be white men and, to a lesser extent, white women. These groups remain overrepresented in the legal profession compared to their presence in the overall U.S. population, according to the ABA National Lawyer Population Survey. Currently, 86% of lawyers are non-Hispanic white people. In comparison, roughly 60% of U.S. residents are non-Hispanic white people.

Native American lawyers are represented proportionately to their presence in the general population, according to the ABA Profile of the Legal Profession. Less than one-half of 1% of all lawyers (0.4%) are Native American, down slightly from 0.7% 10 years ago.

In 2019, LGBT lawyers represented 3% of all lawyers at firms that participated in a National Association for Law Placement report. This is up from 2.48% three years earlier. Growth is more significant among law firm associates. In 2020, 4.1% of associates are openly LGBT.

The number of lawyers who report having a disability remains small, at roughly one-half of 1% of all lawyers. However, this number is double what it was a decade ago.

When it comes to law firm leadership, women and lawyers of color have made slow gains. The number of female equity partners was about 21% in 2019, according to the National Association of Women Lawyers. That’s up from 15% in 2012. In 2009, 6% of law firm partners were people of color. In 2019, nearly 10% were.

Disproportionate Representation in the Judiciary

Racial diversity in the federal judiciary has decreased slightly since 2016, while gender diversity has seen marginal gains, according to the Federal Judicial Center. As of July 1, 2020, roughly 80% of sitting judges were white, which is similar to statistics in 2016. At the same time, the percentage of Black judges on the federal bench has dropped – from 10.8% in 2016 to 9.8% in 2020.

White men continue to be heavily represented among justices of the 50 top state courts, according to a 2020 study by the Brennan Center for Justice at New York University. More than one-half of all justices (55%) on these courts (usually called supreme courts) are white and male, even though 30% of the U.S. population is white and male. White women make up 29% of top state court justices, which is proportionate to their presence in the general population.

Men and women of color are disproportionately underrepresented on top state courts. Just 8% of justices on these courts are men of color and 7% are women of color, even though they make up 19% and 20% of the U.S. population, respectively.

While roughly one-quarter of attorneys struggle with mental health and substance abuse issues, most lawyers said their law firms support their mental health and family needs, according to the 2019 ABA Legal Technology Survey Report.

More than half (56%) of the 647 lawyers surveyed said that their workplace is supportive of their mental health needs. However, lawyers reported that law firms could offer more access to resources, like information on 12-step programs or other mental health assistance.

Attitudes toward work-life balance were a bit inconsistent. Almost three-fourths of lawyers (72%) said their firm’s support for working parents is good or very good. Two-thirds (66%) said their job allows them to spend adequate time with their family.

Read more from the ABA Profile of the Legal Profession on the ABA’s website.

26 thoughts on “ABA Profile of the Legal Profession: Diversity and Well-Being”